In Germany, the woman widely seen as Chancellor Angela Merkel's chosen successor has given up on leadership ambitions. Annegret Kramp-Karrenbauer said on Monday she would step down from her position as the head of the center-right Christian Democratic Union. And she would not run for chancellor in next year's general election. She made the surprise announcement after telling her party it had an unresolved relationship with this far-right AfD party and the far left. After 15 years of leadership, Merkel says she will not seek a fifth term next year. 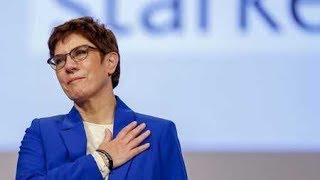